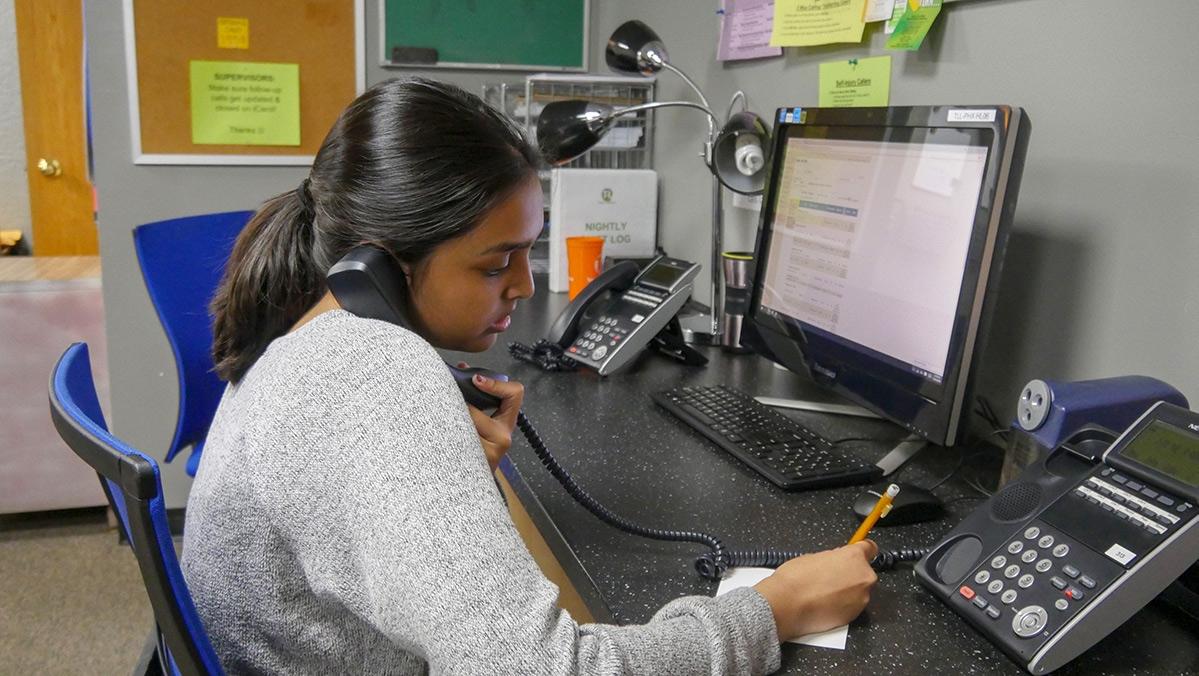 The pandemic has tested every single nonprofit organization's operations, including Teen Lifeline, a Phoenix-based organization serving all of Arizona. Despite dealing with distanced personnel, lack of planned funding and an increased need for their services due to the wave of depression the pandemic brought, the organization continued to strive and serve their community.

Teen Lifeline has a very simple mission: prevent teen suicide. Their main programming is supplying a 24/7 suicide hotline with trained counselors for teens in Arizona. They also provide training for schools, parents, teachers, service providers and other teens.

Unfortunately, the last year has seen a decline in mental health across the nation, and due to the coronavirus pandemic and social disruptions, suicidal behavior in teens has increased.

Nikki Kontz, the clinical director for Teen Lifeline (and a graduate of the American Express Leadership Academy at the ASU Lodestar Center), said they immediately saw that teens were going to need their services “more than ever.”

“We recognized that they had a lack of privacy. So what we did, starting the very first day of the lockdown… is that we increased our texting hours during the weekdays, to include noon to 9 p.m., instead of 3 p.m. to 9 p.m., and we saw an immediate increase.”

They received twice as many texts as the previous year, and overall use of the hotline increased as well. Members at the organization thought these would go down as the summer went on, but they continued to climb.

Even more staggering than the increased numbers was the fact that Teen Lifeline was able to keep up with them. The organization relies on volunteers to answer the phones, and fortunately they were considered essential workers. So in the early months of the pandemic, their volunteers were allowed to travel to their headquarters.

Adjustments were made to ensure that all of their volunteers were safe by staggering the schedules, spacing out the stations and taking precautionary cleaning protocols.

Another large change the organization endured included moving many of its prevention programs to a virtual setting. They were able to lead the way in moving one of the state-mandated trainings online when many had only been done in-person before.

All of these programmatic changes also came with a lot of financial changes and challenges.

Michelle Moorhead, the executive director of Teen Lifeline, said that because of the pandemic they had to cancel their main annual fundraising event, which brings in nearly 40% of their unrestricted income per year. The executive team worked very hard to make up for this loss, and the organization had to delay many of their new planned projects, such as developing a school curriculum.

“[We] really just focused on ‘How do we provide services to kids who need us, how do we retain our staff, and how do we weather the storm financially?’ So we dug deep when it came to reaching out to individuals and asking for support, and we were lucky that we had people who stepped up.”

They were able to make up for the difference through several grants, some from local municipalities, and a generous grant from Thunderbirds Charities, which gave them $200,000. In the end, they did not have to lay off any employees.

For the future, Teen Lifeline is planning to largely return to normal. With more people and help in their facility now that restrictions have loosened, they will consider keeping a hybrid model of in-person and remote working, while some trainings are remaining virtual in order to increase accessibility and attendance.