About our Knowledge Specialist Executive Coaches 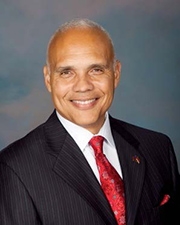 An Infantry Officer with over 30 years of service to the nation, Col. Boggs is one of the rare few to command at every rank held. When not in command, he served the Corps as a trainer, educator or as an advisor on high-level staffs.

As a trainer and educator, Col. Boggs served at both of the Marine Corps’ Recruit Training Depots, Officer Candidates School and the Head of the Marine Corps’ Distance Learning Programs. He was also a Professor and Dean of Faculty and Academic Programs at the Industrial College of the Armed Forces.

As a staff member, Col. Boggs served as Chief of Staff of the National Defense University in Washington D.C. the worlds’ leading institute for producing strategic leaders, and as a Fellow at the Council of Foreign Relations. He was also the senior Marine Readiness Advisor on the staff of Secretary of Defense Cohen and Rumsfeld.

As a businessman, he was a senior VP for a major non-profit in Washington D.C., and partner in an International Business Development Firm.

Today Col. Boggs is considered one of the foremost authorities in the field of executive leadership development and gender integration. He works with high impact executive leaders and organizations that are diverse in size and complexity.

Col. Boggs holds two master's degrees in National Security Strategy, and Management. He is also a graduate of world-renowned Georgetown University’s Executive Leadership Coaching program. He is an International Coach Federation credentialed Executive Leadership Coach, a member of the prestigious “Forbes Coaches Council” and a member of the National Speakers Association, Arizona Chapter.

Col. Boggs continues to serve. He is a member of the Marine Corps Scholarship Foundation’s Arizona Campaign—which raises scholarship money to support the children of Marines and Navy Corpsman ability to attend college. The Colonel is a member of the Department of Defense’s Advisory Committee on Women in the Services—which provides advice to the Secretary of Defense on issues facing Women in the Services, a member of the Arizona Corporate Council on Veteran Careers—supporting the efforts of veterans to gain careers not just jobs. He is also a member of the Arizona Business Leaders. And in what little spare time remains, he coaches a High School Lacrosse team. 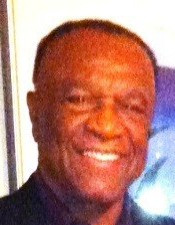 Wally Graham is a recognized leader in organization development with over 30 years’ experience as an operations manager and organization design consultant. His practical, hands-on experience with organization change in existing operations and start-ups was developed during his years in management at Fortune 500 companies including McCormick & Company, Miller Brewing Company and Frito-Lay, Inc. His most recent corporate position was Director of Talent Development with DMB Associates Inc., a billion dollar Scottsdale land development company.

The following are some of his specialties: 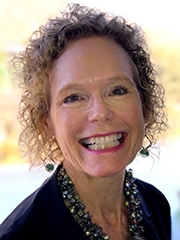 Karyn Grant is a passionate ICF credentialed executive coach and consultant. Her clients reach new levels of success with the help of her energizing coaching and direct business experience. Karyn’s fearless approach to breaking away from the ordinary inspires those with whom she works with to achieve more than they ever thought possible.

As a leader in two early stage healthcare technology companies, Karyn led teams to develop solutions targeted at improving the process and outcomes for patient care in a manner that significantly enhanced profitability. Thinking creatively and developing solutions that focused first on clinical needs led to quick adoption and transition from pre-revenue to profitability. Strategic partnerships crafted early in the development process ensured successful market growth.

While Board Chair of a nonprofit raising funds for local, early stage cancer research, Karyn led a team that rebranded and re-energized a tiring 20-year-old all-volunteer effort. As a result of their efforts, revenue doubled, participation increased, and new strategic partners were engaged.

A key factor in Karyn’s success has been team development, including thought leaders and strategic partners. She believes that a diverse group of energized, engaged people at all levels is a critical strategic advantage and leads to enhanced growth and profitability. 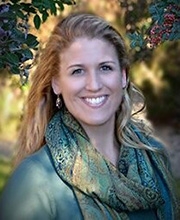 Jennie is widely recognized as an emerging business development leader dedicated to crafting memorable brand identity systems throughout the world.

A big believer in the power of language, Jennie named her business The Strategic Artisan to reflect both her commitment to business growth and development and her deep dedication to providing a hand-crafted approach unique to each client’s needs.

Marrying both marketing and graphic design, she has worked with companies in both the public and private sectors to create measurable brand value through detailed analysis, design, and implementation strategies which further growth and development.

Specializing in all things digital, Jennie is known for architecting effective campaigns with high direct response and click through rates resulting in increased lead and sales conversions. Her ability to be at the forefront of, and capitalize on, digital trends stems from her deep understanding of both illustrative narrative and story. This combination helps her formulate high converting content and communicate key messages through memorable online experiences.

In addition to receiving her master's degree from the Thunderbird School of Global Management, Jennie holds multiple bachelor’s degrees from Arizona State University and certificates in digital marketing from Cornell and coaching from the Adler School.

She currently serves as Adjunct Faculty for both the Business and Graphic Design departments at Scottsdale Community College (currently ranked #4 Community College in the United States and recipient of the Frederick D. Kagy Design award) and is a Knowledge Specialist at the prestigious ASU Lodestar Center for Philanthropy and Nonprofit Innovation.

A coffee fanatic, anglophile, and national level equestrian, she enjoys quick witted banter and writing books and articles under the pen name Jennie Jerome when not teaching, training, speaking, or consulting. She is published in nine countries in addition to the United States. 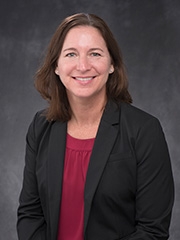 Kim Madrigal, Ph.D. is a certified executive coach with over 25 years of experience in leadership development, organizational operations, and the development of quality and safety standards. In leadership coaching, she partners with leaders to set intentional personal and professional goals and plans to move the initiatives forward. The journey for Kim is a focused one: to combine creativity, knowledge, and experience to deliver the best leadership development for "partner-leaders" to provide the greatest personal and professional impact within their own organizations.

Kim's formal leadership training includes studies as a Woodruff fellow at Georgetown University, which led to a certification in executive coaching. Kim also achieved a Ph.D. in Educational Leadership and Cultural Studies. These skillsets better prepared Kim to diversify her service in leadership coaching and development to help leaders and teams achieve their full potential.

Certified in a number of organizational development tools; executive and performance coaching, program quality and external assessment, and competency modeling and consulting, Kim currently leads the operations for one of the top seven largest Boys & Girls Clubs in the country. Endorsed by Leadership Strategies as a master facilitator, Kim has led training and professional development for hundreds of leadership teams for Boys & Girls Clubs of America, one of the largest youth-serving organizations in the country.

Over the years, Kim has worked with for-profit and nonprofit leaders to ensure mission-centric goals are achieved. Kim has traveled the nation and trained thousands of CEO's, executives, board of directors, and frontline staff in leadership development, strategy development and implementation and program design and facilitation. She has also provided consulting on strategic planning, team development, and the implementation and evaluation of curriculum, quality, and safety for organizations of all sizes.

Kim sees the Ph.D. from the University of North Carolina Greensboro as a tailored component of her educational journey. Combining her Ph.D. with a Master of Liberal Studies degree from the University of Toledo and a Bachelor of Science in Physical Education from Indiana University has provided her with the leadership tools to foster those skills in others. Kim’s role is to help others recognize the leader inside and commit to further developing their own potential as leaders in order to better achieve personal, as well as, collective organizational goals. 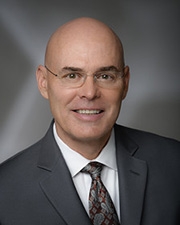 John Phelps is the owner and founder of Pathfinder Executive Consulting, LLC, a small veteran-owned business focused on helping organizations achieve success. Before establishing his own consulting firm, John served as Chief Executive Officer and Director of the State Bar of Arizona for 10 years. A nonprofit organization, operating under the authority of the Arizona Supreme Court, the Bar serves the public and enhances the legal profession by promoting the competency, ethics and professionalism of its 24,000 members and by enhancing the administration of justice.

Before returning to Arizona to take his position with the State Bar, John served as Chief of Staff of the U.S. General Services Administration (GSA) in Washington, D.C. Prior to his service in Washington, John served as Chief Operating Officer of the Grand Canyon Chapter of the American Red Cross in Phoenix, Arizona. John also previously served as Deputy Director of the Arizona Office of Homeland Security in the Office of the Governor of Arizona.

The son of a career Army officer, John served nearly 25 years in the U.S. Army. He retired from active duty as a Colonel in the Judge Advocate General’s Corps in 2003. 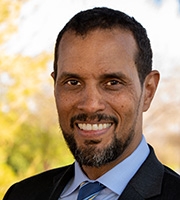 Brian Wood previously served as Chairman of The Board for the Tempe Chamber of Commerce in AZ. He combines 30 years of corporate experience with his background as an athlete, certified professional player agent (NBA, WNBA and FIBA) and a certified professional success coach to provide clients with unique support and guidance toward the next level of greatness.

Brian is enthusiastic about helping leaders find passion and leverage gifts to achieve their definition of success. He is committed to continuous personal and professional growth including organizational development and gamification.

Originally, from NJ, Brian earned his BA in Communications from William Paterson University and earned his MBA in 2014 from the University of Phoenix.

Founder of MARS coaching and Director of Business Development for Looking Forward Consulting, Brian has a team of certified trainers, coaches and tools to accommodate all learning, development and facilitation needs in person and/or virtually.